It's quite rare that you come across an island of Vis's size with so many stories and secrets waiting to be revealed. Whether you are a nature lover, or it's stories of times past that make you tick, you'll surely have a lot to explore on the island. And while we don't want to reveal everything and spoil the thrill of discovery for you, we'd like to entice you with few ideas. 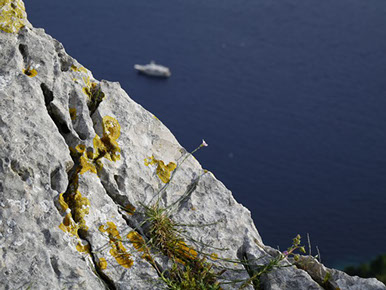 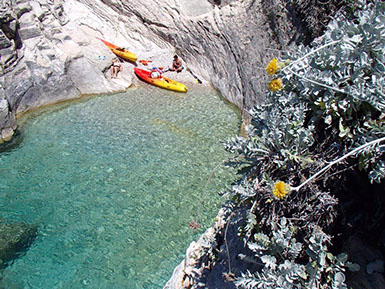 This is probably one of the most unique Vis experiences by sea. A gajeta falkuša is a traditional fishing wooden boat with lateen sails. Komiža fishermen have used it for centuries for open sea fishing all the way to Palagruža island. A day spent on Gajeta Falkuša will give you a taste of the island's history and enchant you with the beauty of this unique boat and the crystal clear open sea around you. For details, check here.

Every year in June, a regatta of traditional boats from Komiža to the islands of Biševo and Palagruža takes place. The event is meant to revive the unique spirit of the historical regattas of fisherman's gajeta falkuša and save the centuries old maritime tradition on the island from oblivion. Rota Palagružona is a competitive regatta, but you can also participate as a guest.

Komiža is an excellent base for hikers. Hiking Association HPD Hum takes care of the hiking trails on the island which take you from Vis town and Komiža to the most beautiful spots on the island such as Mount Hum, St. Bjož, Barjoška, Dragodid, Oključna and many more. Check for hiking trails map.

If you're interested in Vis Island's recent military history, you'd have a unique chance to explore some truly impressive remains of cannon and rocket bases, mazes of underground tunnels, as well as the biggest marine undermine for military boats and submarines. During the second half of the 20th century Vis was a fortified military island living in an isolation of sorts. Tito's cave is also part of that more recent military history. Check the military tours offered by Alternatura.

Vis island is the only Croatian island with a registered paragliding launch point. Thanks to its mild Mediterranean climate, Komiža and Mount Hum (587m), the highest point on the island, offer 200 days a year suitable for flying. There's nothing quite as thrilling as flying for hours above Komiža, Vis, the open sea and the dramatic cliffs on the island. Words can't even begin to describe the spectacle of flying above Palagruža. Intrigued? Find more info about paragliding on Vis here.

And that's not all. Sea kayaking, cycling, rock climbing and absailing, caving, high adrenaline trips on speedboats, laidback excursions on wooden boats... Vis Island is the best place for active holiday and AlterNatura,  a tourist agency in Komiža specializing in adventure tourism is the right place to go to.